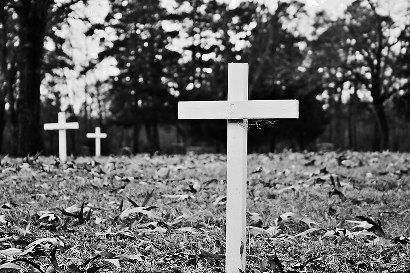 What Happens when a Church Splits

“The history of the Church of Rome is a constant leakage of members into such breakaway cults,

which go on splitting.”  Mary Douglas

I’ve been here before.  I watched while I was in college as the Southern Baptist Church split and fractured into an alphabet soup of CBF, SBC, Alliance and all sorts of brands.  Dying and grief are processes.  There is a process the United Methodist Church is entering which feels all too familiar, as if someone has started music we have to dance to, even though we don’t like the steps it is making us take.

At first there is an attempt at reconciling the differing views (and yes, I get the irony of my use of that word).  When this fails, we begin making each other out to be the enemy.  Like children on a playground sorting who is on who’s side, we grieve the loss of longtime friends to the other side and question each other about our motives, faithfulness, and views.  Tragically, this has already started with the statements by people about the Wesleyan Covenant Association and the Reconciling Movement.  This is messy because there is something about being human that wants it to be a simple left or right, yet we are complex.  There is a lot of space between on the spectrum of any question.

There is only so much energy and institutional loyalty and patience.  When the side who has the votes refuses again and again to compromise for the good of unity, eventually the minority recognizes that they are not only unwelcomed but also are being systematically disenfranchised.  It starts small, a position here and there.  Then because those in power need to know who is faithful, they will create a creedal litmus test like the Baptist Faith and Message which all must take an oath to uphold and follow.  For us in the United Methodist Church, we already have this in the oath all clergy take regarding the Book of Discipline.  The General Conference created accountability with teeth and a spirit of division instead an accountability of love and grace.  There was no interest in compromise.

Unless God intervenes to stop the music we keep playing, the next step in our dance will be a split.  Try as we might to be dignified and respectful, this step is painful for all involved.  There will be a fight about who is the ‘historic United Methodists’ who represent the core values of the denomination.  Progressives/Centrists will accuse Traditionalists of stealing their church from them while Traditionalists will accuse Progressives/Centrists of watering down the Gospel to be more like the culture.

Those who stay in the denomination will find they suddenly have power to finally ‘fix’ the church, and they will shoot themselves in the foot trying to keep their coalition together once the so called enemy they named is no longer with them.  They will have the option to step aside and let new leadership rise from within the ranks, or they will try to find a new enemy to keep their shrinking gathering together.  The most difficult problem will be that infused in the DNA of the church now is a strong belief of ‘Us vs. Them.”  The church will always see the world as the enemy who must be conquered.

Those who leave to create a new denomination will have an even harder task.  There will be an old guard who want to create what they just left with only the one change to be inclusive.  But they will have to face a growling beast of differing opinions who want to create something brand new.  There will be so many suggested changes to structure and the way we do missions; it will be messy.  Some will assume because of past position and prestige they will be the leaders of this new group, but they will find others see opportunity or feel called to do so as well.  The saddest part of any church splitting is the expense of energy in division instead of the pursuit of multiplying and being fruitful.

My hope is not in the United Methodist Church.  My hope is not in institutions, interpretations, or in being right at the expense of relationships.  My hope is in the Savior who taught us that in order to experience resurrection, we first have to die.  We have to die to self.  We have let our egos, our agendas, and our belief that we know the right answers and right paths die.  We have to die so that we can experience resurrection in Jesus.  In many ways, the church that ordained me as an Elder has died.  Like all deaths, this death has brought me great grief.  But I wait, as Christ waited in the tomb three days.  I wait for Easter.  I wait for resurrection.   After all, it is what Jesus would do.

“No one has greater love than to give up one’s life for one’s friends.”

Because of the Darkness

We can see the Light.

Because of the Doubting

We begin to Believe.

Because of the Pain and Suffering

We become Your Hands.

Because of the Injustice and Broken Systems

We rise up with Voice.

Because of Your Selfless Life and Sacrifice

We can overcome Sin and Death.

Because of Who You Are

We know Who We Can Be.

Because of What You’ve Done

We can Be Free.

Reflection and Resources for Worshiping God. Please feel free to use the resources in worship. I only ask that you give credit.